This is a text widget. The Text Widget allows you to add text or HTML to your sidebar. You can use a text widget to display text, links, images, HTML, or a combination of these. Edit them in the Widget section of the Customizer.

Yo. I’M IN MALAYSIA.

The past six days were a whirlwind. I traveled for 40+ hours through four airports and three countries, and since then have spent days in orientation and nights eating my way through Kuala Lumpur or sleeping off jet lag in the swanky hotel room.

And it is AWESOME. I’m not even homesick yet! I’m sure that will come later.

One of the best things about this experience so far has been meeting and bonding with the rest of my cohort. So many unique, thoughtful, intelligent, and fun people! I have been especially lucky to have been placed with a wonderful roommate, Rachel, for the next two weeks in KL. Nothing brings you closer than being thrown into strange new situations together. Some highlights:

The last one was huge news for me! Until yesterday I have no idea where the heck I’ll be living for the remainder of my grant. Now, I know that I, along with 11 other ETAs will be living in the state of Kedah! 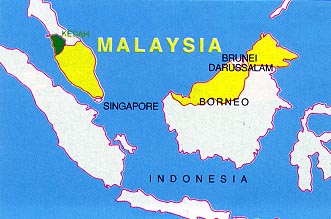 Kedah is on the west coast of peninsular Malaysia and borders Thailand. It’s mostly flat, with lots of rice paddies, beaches, and rain forests. The Langkawi islands are the main tourist attractions, and will be make a nice weekend getaway for swimming and sunbathing (in an actual bikini! the conservative standards are relaxed here because of all the European tourists). People in Kedah are primarily Muslim, with smaller Buddhist and Hindu populations.

I still don’t know which town I’ll be placed in, but Monday is the big reveal! Orientation has been surprisingly useful and engaging as far as orientations usually go. The MACEE coordinators are mostly former ETAs with big personalities who are so willing to help us and tell it like it is. I feel much more at ease now than I did before I left.